The Moment of Integration - Project Description

Compiled by the LMHS Class of 1970 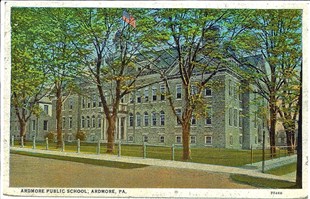 The Moment of Integration presents a different version of the story of Ardmore Avenue Elementary School. It concentrates primarily on events occurring after September 5, 1963, the first day of school under the desegregation plan for the school district. Moreover, it focuses on virtually all aspects of the community -- students (both black and white from the closed school and the integrated schools), the teachers, bus drivers, school board, parents and as many stakeholders whose lives were impacted by this social experiment. It is a story of courage and acceptance.

Many of the stories about the Ardmore Avenue School focused on the history of the school and the quality of education the students received. Many people have told the story of the conditions at the school many times, and their accounts are both accurate and reminiscent. While this aspect is important to include in the story of integration, it is not the central focus. 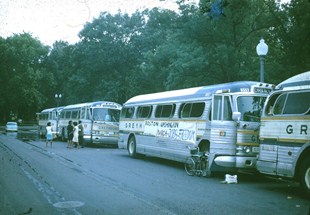 This story is one of ordinary people caught in a significant moment of history. None of them planned to be part of major social changes, and yet they profoundly affected all of our lives. By focusing on one community that faced the challenges ahead of most others, this will be important and enduring, a fitting commemoration of the 50th anniversary of the Moment of Integration and the 60th anniversary of Brown v. Board of Education. The children of Ardmore Avenue School and their classmates in the four new schools are now in middle age. The decision-makers of the period -- those who are still alive -- are elderly, as are the school administrators, teachers and parents who were present.

This moment in Lower Merion echoes those events that occurred in many other American communities. Policymakers and educators across the country were strategizing the best ways to address educational disparities in Northern cities, their ideas, especially busing, were much more readily implemented in suburbs where there were many fewer children to move.

Many of the issues raised by a look back at this significant moment in contemporary history are pertinent today. Considerations of race, economic status, gender, educational equity and achievement, the welfare of children: all are still on the table and most are as vexing as they were almost a half-century ago. The youngsters and adults who were affected by this large-scale social experiment -- one of the first in an ongoing struggle to deal with the issues -- are in a unique position to recount the events, reflect on their outcome, and assess their impact.

The Moment of Integration happened during one of the most pivotal years in American history. In the context of civil rights, 1963 started in January with the inaugural address of Alabama Governor George Wallace who proclaimed "Segregation today, segregation tomorrow and segregation forever." 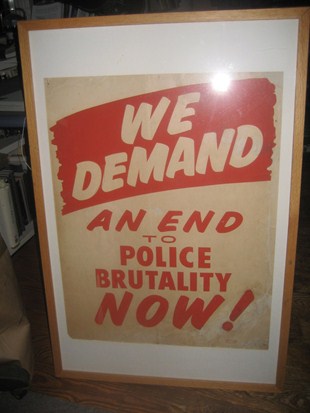 Civil Rights was the number one public policy issue of our nation as the fiscal cliff, gun control and immigration are today. The dialogue grew even more intense during the hot summer of 1963 nationally and even in Lower Merion School District where the NAACP argued that the education at the Ardmore Avenue School was indeed "separate but unequal" and that the school must close. The School Board was divided as parents weighed in heavily on both sides of the issue.

In final deliberations at a packed auditorium at Ardmore Junior High School on August 26th, the LM School Board decided to close the Ardmore Avenue School and bus its 223 students to four other elementary schools in the District.

Less than a decade earlier (1954), the landmark Supreme Court decision Brown v. Board of Education had changed the educational landscape forever. No longer was "separate but equal" an option; the sham of such arguments had been exposed. Separate was not equal, as the predominantly segregated Ardmore Avenue School, situated in a wealthy district, so grimly showed.

Gains had been made in the South where the most blatant offenses had been ingrained and needed to be addressed quickly and visibly. Thinkers such as Dr. Kennth B. Clark and James B. Conant -- President Kennedy's top advisor on urban education and a former president of Harvard -- were pondering ways to upgrade the education of urban minority children in the North. They faced an almost intractable situation. No matter what plans they could dream up, it would ultimately be impossible to rearrange large numbers of students in major cities. 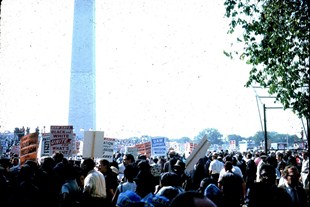 Hence, about two weeks after Dr. Martin Luther King Jr. gave his famous "Dream" speech and about two weeks before the four little girls were killed as a result of the bombing of the Sixteenth Street Baptist Church in Birmingham, Alabama, students started their first day at their respective schools. The Moment of Integration occurred between these bookends of history of the national Civil Rights Movement.

In 1963, Lower Merion School District was one of the five top districts in the nation. Located in one of the nation's most affluent communities, it is still an excellent system. The township, which was originally settled in Colonial times, has long prided itself on the excellence of its schools and the high level of success that many of its graduates enjoy.

In 1949, the District spent $1.4 million on a new school - Penn Valley Elementary. Amenities included a spacious lobby with custom stained glass windows and airy classrooms, each of which boasted private boys' and girls' restrooms and an individual patio accessed by a private door. The Philadelphia Bulletin described Penn Valley as a "typical luxury school." The goal of building it, presumably was to attract the children of the wealthy post-war families moving to the area, and the district met its goal. 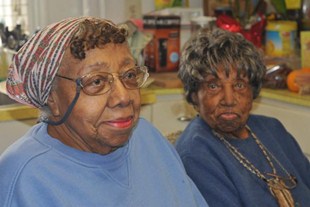 By 1963, with the Civil Rights Movement in full swing, the African-American community and their supporters had built a coalition and began speaking up about the Ardmore Avenue School and its state of disrepair. Conditions at the school had become not only an embarrassment, the coalition held, but also unconscionable. Many argued that the quality of education was indeed "separate and unequal."

The Board of Education understood. Various plans were considered, including one that would have been pioneering: to merge Ardmore Avenue School with nearby Wynnewood Road School, using one for the lower grades and the other for the upper grades. However, in the summer of 1963 -- ahead of many other districts in the nation in dealing with the issue of failing schools for African-American children -- the Board voted instead to simply close Ardmore Avenue School and rearrange the children among four other schools: Penn Valley, Penn Wynne, Bryn Mawr and the Wynnewood Road School. 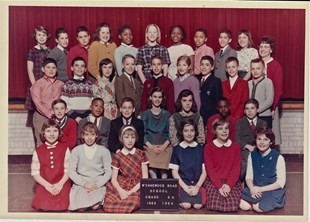 That fall, the approximately 223 Ardmore Avenue children, 80% of them African-American, entered their new schools for the first time and the adjustment process was arduous. The Moment of Integration shall try to capture this experience as it effected so many different aspects of the Lower Merion community.