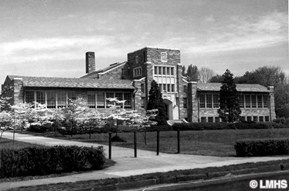 In 1928 a second story was added by the pairing of architect Ralph E. White and William M. McBride & Co. Building. In 1939 the site sprawled over five and three-quarter acres. During this time, Mary M. Rohrer was principal and there was a teaching staff of fourteen for grades K-6. Further additions and renovations were made in 1971 by leading architects Ewing, Cole, Erdman & Eubank.

Tragedy struck in 1991 when the playground was the site of a plane/helicopter crash. Most recently in 2003-2004, major renovations went under way in order to modernize and optimize the educational capacities of the school. This construction was headed by the architects at Kelly/Maiello, Inc.