While Sydney won't soon forget this trio of championships, this season will be unforgettable for a different reason. Earlier this year, Sydney, a volunteer firefighter with the Penn Wynne-Overbrook Hills Fire Department, was devastated by the loss of her friend and mentor, fellow volunteer firefighter Sean DeMuynck, who passed away from injuries suffered in the line of duty.

This tragic loss of life inspired Yermish to dedicate her post-season performances to her fallen friend with the "Birdies for the Fallen" campaign in an effort to raise money and awareness for The National Fallen Firefighters Foundation (NFFF). Sydney chose to support the NFFF because it holds a special place in her heart after seeing first-hand the impact and significance of their efforts with the DeMuynck family.

As of the state tournament, Sydney had collected $9,810 in one-time donations through her "Birdies for the Fallen" campaign webpage. The site also allowed for donations on a "per birdie" basis, where donors could contribute a dollar amount of their choosing for each birdie Sydney sunk during the Central League, District and State tournaments. Through generous contributions of family, friends and community members, Sydney received pledges of $410 for each birdie. By the time she received her gold medal at Heritage Hills, Sydney had recorded an impressive 18 birdies earning another $7,380. When it was all said and done, Sydney raised a whopping $17,190 through her campaign.

Sydney, who will look to defend her titles when she returns for her senior year, recently gave a verbal commitment to continue her athletic and academic career at the University of Michigan. 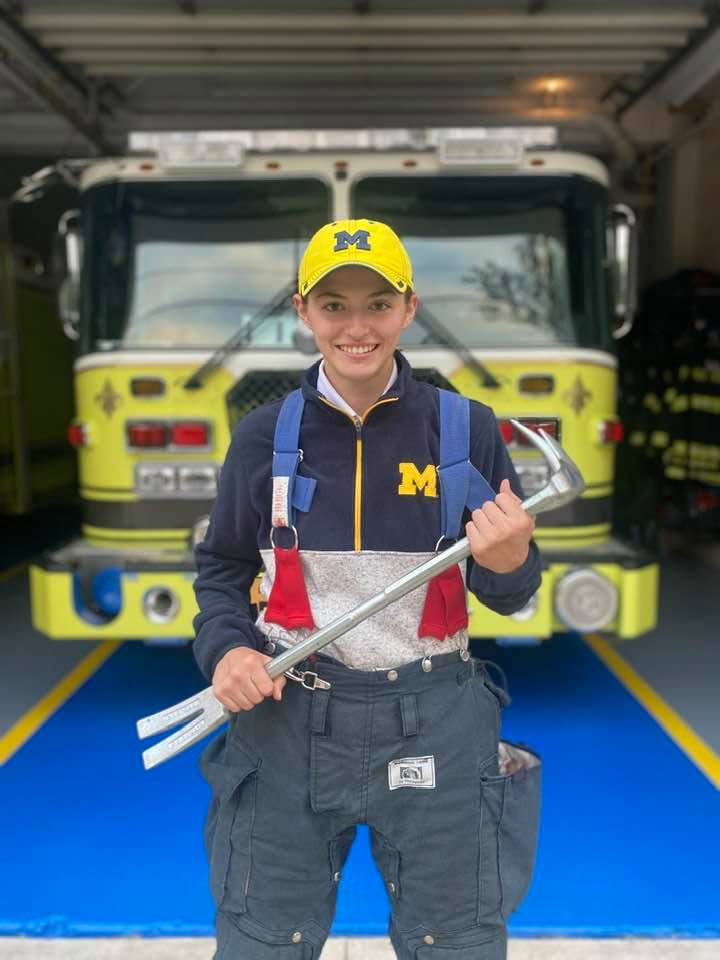