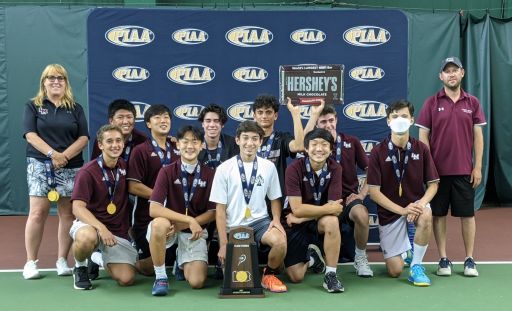 The selection comes on the heels of one of the best seasons in LMHS history as Mailman helped guide the squad to a multitude of team and individual awards. As a team, the Aces completed a championship sweep taking home the Central League, District and State titles while finishing the season with a perfect 24-0 record. Then senior Vikas Miller also won the Central League and State championships in singles while the dynamic duo of brothers Brian and Justin Yi - a junior and freshman, respectively - captured the doubles crowns at all three levels – league, districts and states.

The PIAA Board of Directors and staff congratulate Coach Mailman and Lower Merion on this impressive honor. The selection was based upon both coaching impact and the success of the boys tennis program during the 2020-2021 school year.