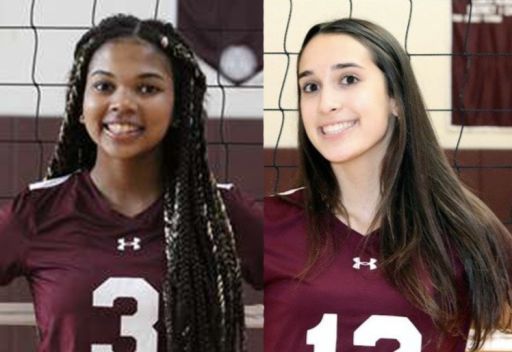 Lane, a senior captain, and Hamilton, a junior, were among the statistical leaders across a variety of both offensive and defensive categories. On the attack, Lane and Hamilton proved to be a potent offensive pair throughout the fall as they recorded 244 and 246 kills, respectively. The duo were also among the team leaders in digs with Lane tallying 179 while her fellow All-State honoree collected 158.

Led by Lane, Hamilton and a strong cast of teammates, the Aces concluded the season with an impressive overall record of 20-4 while finishing in second place in the Central League, only one loss behind eventual champion Garnet Valley.

Lower Merion High School is set to host the 12th Annual "Amazing Ace" competition on Friday, January 28 beginning at 7:00 p.m. in the auditorium!

Faculty and staff recently hosted a virtual presentation to eighth grade students and families with important information regarding their upcoming transition to high school.