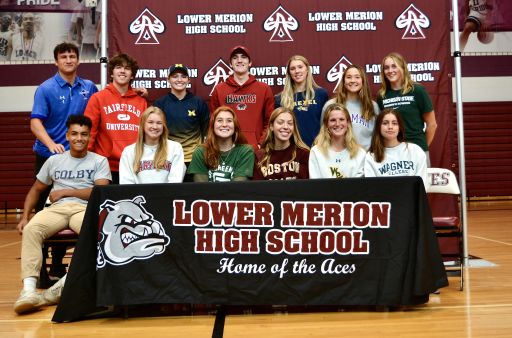 Thirteen Lower Merion High School student-athletes recently signed National Letters of Intent as they made their official decisions on where they will continue their academic and athletic careers. Congratulations to each of this year's signees and best of luck in all of your future endeavors! Go, Aces! (PHOTO CREDIT: Maya Ringold)