LMHS Rowers take on the Thames 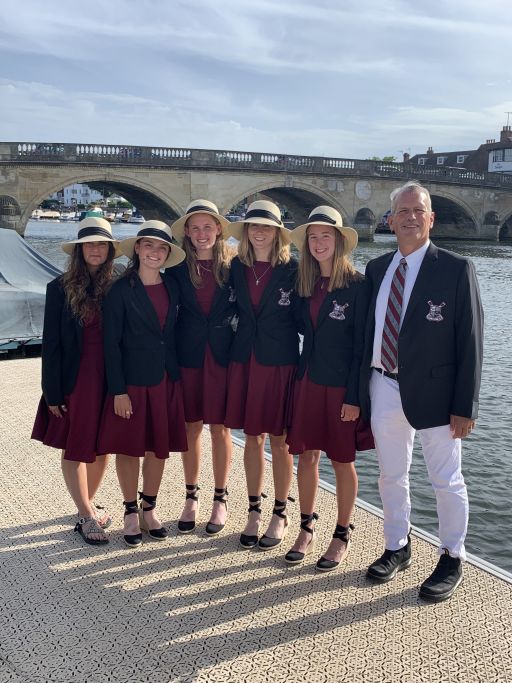 Four members of the Lower Merion High School crew team and their two coaches traveled to Great Britain to participate in the Henley Women's Regatta. Racing against 29 other women's Quads 4x from the United States, England, Germany, the Netherlands and Poland, the LMHS rowers came in ninth overall in their time trial and were the only American team to make it into the Top 12.

Team LM moved on to race against a British team that included three athletes who are in the British aspirational junior national team. Though they didn't win, the LM rowers garnered praise from the referees, who noted the dramatic size differential between the athletes in the two boats.

Coach Kirk Beckman said, "It was a close race and their technique really shined," adding that he and his wife and fellow coach, Amy Beckman, "are so thankful to have had the opportunity to work with these girls for the last four years."

In addition to rowing, the team members tried and ate new foods, made currency exchanges, learned about local architecture and customs, acclimated to changing time zones and met athletes from a variety of countries.

For a slide show of images from the crew team's trip, click on the arrow in the box below.

Read more about You're Invited to Join CARE, the Committee to Address Race in Education