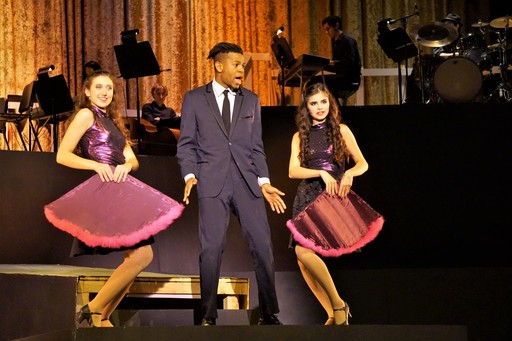 The Lower Merion Players recently took to the stage as they performed Chicago: High School Edition in a series of four outstanding shows for classmates, family, friends and community members in the Lower Merion High School auditorium.

Chicago: High School Edition tells the story of two desperate starlets, two gruesome murders and one city. In the midst of the roaring 20's, two women murder their lovers, but instead of being punished they reach a level of fame never before attainable. Roxie Hart and Velma Kelly then compete for the media's attention...while living in the Cook County Jail. In Chicago, everything is fair game; corruption, murder, and "all that jazz!"

To view a slideshow of pictures of the LM Players in action, click on the image below!

Read more about June 25, 2020, Update from Supt. Copeland on Reopening

LMSD is offering a new K-12 Summer Learning Program, that will run mid-July to mid-August. Click here for more information and the registration link.