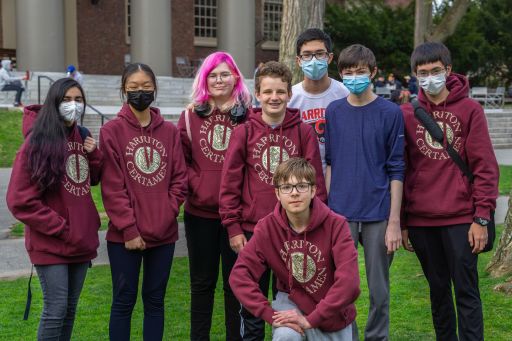 Towards the end of April, students from Harriton High School delivered an outstanding performance at the Harvard Certamen Tournament as they capped off a stellar 2021-2022 season. Certamen, Latin for contest, is a quiz bowl-style team competition requiring rapid recall of information focusing on the mythology, history, daily life and language of the Roman civilization.

The Harvard Tournament, which welcomed eighteen east coast schools with exceptional Latin programs, marked the long-awaited return to in-person competition following the onset of the coronavirus pandemic. Despite the long hiatus since the last face-to-face event, the Rams showed no rust as several teams advanced all the way to the final round!

The team's success at Harvard was the crowning achievement in a season where the Rams recorded decisive victories at several other prestigious tournaments, including those organized by the classics departments of Princeton, Yale, Duke and Texas universities.