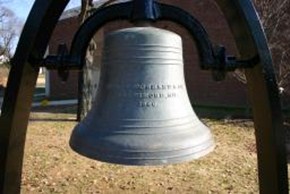 Situated in the western suburbs of Philadelphia, a short walk from the historic Guardhouse Inn, lies Gladwyne Elementary School. The history of this school dates back to 1880-1881 when it was known as the Merion Square School located on Youngsford Road.

By the early 1950's, growth within the Gladwyne community presented the need for a new school to accommodate the increased enrollment. Lower Merion School District purchased 12 ½ acres of land between Righters Mill and Merion Square roads to be the new site of the Gladwyne School. Construction was completed between 1957 and 1958 and was formally dedicated on December 1, 1958.

The school flourished under the guidance of Gladwyne School's first Principal, John M. Fetter until 1968. The old school is now a Montessori school, once called "Children's House," and is presently named the Gladwyne Montessori School.

Since then, Gladwyne School has grown to accommodate 747 students from kindergarten to fifth grade. Proud of its history of excellence, Gladwyne Elementary School continues to provide an environment where students are challenged to achieve their potential both socially and academically. Rich in diversity, the school and its students are supported by a dedicated group of parents, teachers and staff.