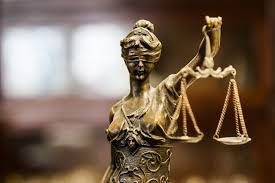 On Monday, April 8, 2019, attorneys representing the Lower Merion School District filed a supplemental brief in the District's appeal of Judge Smyth's decision in the case brought by attorney Arthur Wolk and his clients against the District.

The School Board and Administration are hopeful that the District will prevail in the legal proceedings and that in the future, District resources will not have to be spent on defending against lawsuits, but rather on the education of our students.

Mr. Wolk brought his case against the District in 2016, alleging the District's tax increase for the 2016-2017 fiscal year was illegal because there was money in a reserve fund while the District asked for additional money to fund special education and pensions (Act 1 exceptions).

He asked the District to pay $55 million in damages, that money be returned to taxpayers, for members of the Lower Merion Board of School Directors to be removed from office, that certain District employees be fired, and that school taxes should be made dependent on the number of children the property owner has in the schools.

He also stated that "public school education means adherence to basic minimum requirements" and that additional "programs, activities, free laptops and curriculums (sic)" that aren't mandated should be provided "only by private institutions at larger expense to individual patrons who prefer to afford their children education and opportunities."

It should be noted that the Lower Merion Board of School Directors is an elected body. In the last election, which was held while this case was pending, Mr. Wolk endorsed a slate of officers for the School Board that was defeated by a margin of more than two-to-one.

This is a community that values excellent public schools, small class sizes and varied opportunities for all students. The Board ensures that the Administration exercises prudent judgment in budgeting taxpayer dollars and has an open and public budgeting process.The full supplemental brief can be accessed here.