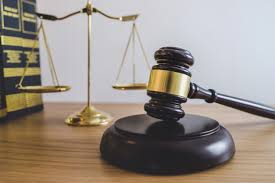 On October 15, 2020, the Pennsylvania Supreme Court denied Lower Merion School District's request to review the injunction issued by the Court of Common Pleas on August 29, 2016. That injunction called for LMSD to stop collecting taxes at the rate approved by the Lower Merion Board of School Directors and the Pa. Department of Education during the budget process. The approved rate was an increase of 4.44% over the prior year's rate, because LMSD was granted exceptions over the Act 1 rate of 2.4% for anticipated special education expenses and pension obligations.

The Court of Common Pleas left "for another day and the appropriate forum" whether there could be rebates, refunds or credits for taxes already paid. The 2016 injunction was issued even though the District had filed objections raising issues that had—and still have—the potential to result in the dismissal of all or most of the Amended Complaint filed by plaintiffs Arthur Alan Wolk, Philip Browndies and Catherine Marchand.

The Pennsylvania Supreme Court recognized this when it reversed the Commonwealth Court's refusal to consider the merits of the District's appeal:

This case obviously manifests a great deal of procedural disorder. For example, it is difficult to apprehend that a judicial officer would undertake to issue a final and permanent injunction while a challenge to the standing of the proponent to seek judicial review remained pending.

The case will now go back to the Court of Common Pleas. LMSD believes that Court should rule on our objections before reviewing the injunction. That is why the District has requested that the Court hold a Case Management Conference. The District made this request because of a number of factors, including the Supreme Court's recognition that the preliminary objections need to be resolved first, the passage of time, the fact that the taxes were collected four years ago and the complex system of laws and regulations that direct what the District can do and when.