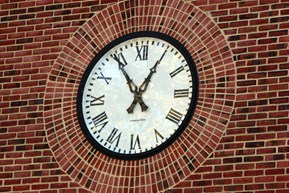 In 1919 the Ashland Avenue School opened its doors to the community; not Belmont Hills as we refer to it today, but West Manayunk. The first principal of Ashland was Helen G. Jones, one of the first female principals in Lower Merion School District. The school started out K-8 but throughout the following decades, Ashland was challenged by a dwindling enrollment as the number of local elementary schools increased. Twenty years later it became K-6 and by 1978 had become K-5.

The Ashland Avenue School, which officially changed its name to Belmont Hills Elementary in 1952, was forced to close three decades later in '82. Many people were upset and did not want to change schools. The building was not torn down because it was thought that someday the township would grow and the space would be needed. The community worked hard to prevent the school from being sold for a non-educational purpose.