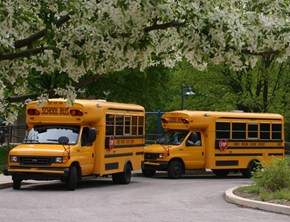 In 1995, LMSD became the first school district in Pennsylvania to utilizes buses fueled by compressed natural gas (CNG) in its fleet. Today, the District boasts the largest green fleet of CNG buses on the East Coast and has been honored numerous times for its commitment to utilizing clean fuels in transportation.