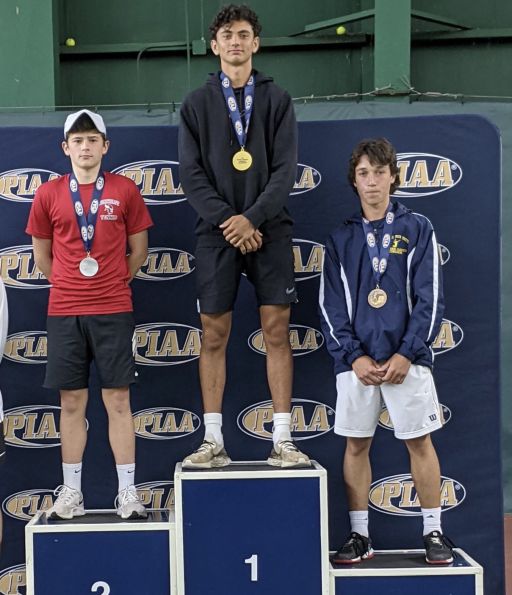 Miller helped guide Lower Merion to one of the best seasons in program history as the undefeated Aces (24-0) won the Central League, District and State team championships while barely dropping a set throughout the entirety of the Spring. Along with the trio of team titles, Miller also captured a pair of individual gold medals by winning the Central League and State singles championships.

USA TODAY will be hosting an on-demand streaming show for this year's High School Sports Awards, which will be free to watch using this link on August 5th beginning at 8:00 p.m. EST. Hosted by Michael Strahan and Rob Gronkowski, the program will bring together some of the biggest names in professional sports to honor the elite high school athletes, coaches and teams at the national level.

The standout junior golfer recorded a one-over-par 73 despite challenging winds, which was made even more impressive by the fact that she finished 15 strokes ahead of her closest competitor.

Fifteen members of the LMHS crew team and their families spent Sunday cleaning up debris left behind by Hurricane Ida at Flat Rock Park.

The senior volleyball standout, who holds the school record for blocks in a season, has helped lead the Aces to a perfect 4-0 start to their fall campaign.

Parents/guardians are asked to follow these procedures for LMSD's Open House nights.