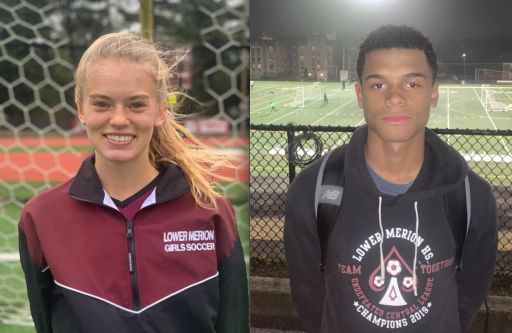 Masotti, who played midfield for Lower Merion, helped lead the Aces to an undefeated season (12-0) and a Central League title as they took down the Radnor Red Raiders by a 2-0 tally in their final contest of the year. A few weeks ago, Masotti signed her National Letter of Intent to continue her academic and athletic career at the University of Massachusetts.

Brown, a forward for the Aces, led the team in goals (7) and tallied three assists helping Lower Merion to an impressive 9-3 record and second-place overall finish in the highly competitive Central League. He was also the runner-up in the Central League MVP race. Brown is planning to explore his options playing in Europe next year.