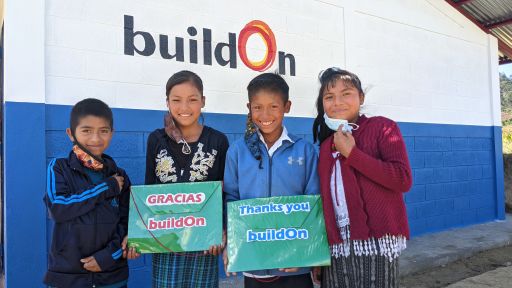 Several months ago, a story was published on the District website announcing the completion of construction on Lower Merion High School buildOn's ninth school, which had recently opened its doors to the children of Fognie, Burkina Faso. The article also made mention of a second school funded by Lower Merion buildOn in Caserío
Buena Vista, Guatemala, whose progress unfortunately fell behind schedule due to a series of unforeseen delays.

While it may have taken a few extra months, members of Lower Merion's buildOn club were equally thrilled to receive the great news that the villagers of Caserío Buena Vista had completed construction and that children were finally able to start learning in their brand-new school! 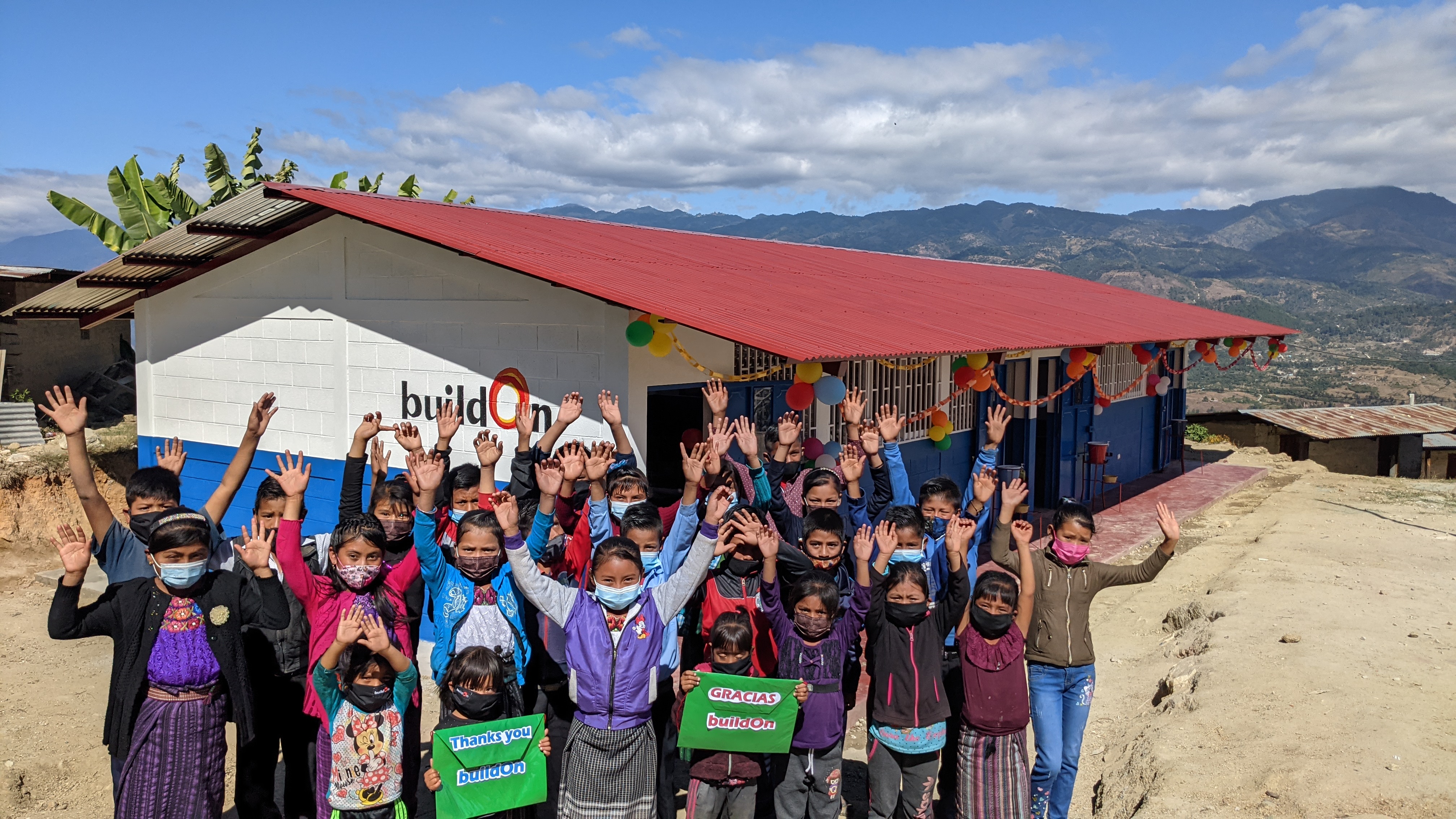 Over the last nine years, the Lower Merion buildOn Trek Program has raised more than $700,000 to build a total of ten schools in rural and impoverished communities-in-need in Taverne, Menard and La Civette, Haiti; Jokaiya, Bisanpsur and Balbhadrapur, Nepal; Las Brisas, Nicaragua; and Samuel Luckwa, Malawi; along with the two newest facilities in Burkina Faso and Guatemala.

Due to the pandemic, the dedicated students who worked diligently to raise these funds were unfortunately unable to enjoy the transformative experience of traveling to these villages and living with host families as they worked side-by-side in partnership with community members to construct the schools. Despite the disappointment regarding travel, the Trekkies undoubtedly still wanted the communities to receive their schools all the same, gifting the money to the villages to move ahead with construction.

With the recent completion of the school in Caserío Buena Vista, the Lower Merion students took time to reflect on their experience fundraising to cover the construction costs of not one, but two brand new schools.

"Seeing the photos was one the most incredible and rewarding feelings," said LMHS senior and buildOn officer Annika Naveen. "Although our team was disappointed that we never actually got to be there, it was amazing to see the product of all of our fundraising work."

"I don't think people here realize how fortunate we are to have access to education at all, when millions of kids around the world do not," continued Naveen. "Seeing those kids' faces, sitting at their new desks, in their new school...there's nothing quite like it. I'm so proud of our entire Trek team for persevering with the fundraising effort, and am thankful for organizations like buildOn who are working hard to increase equity in education."

Lower Merion buildOn is currently raising funds to construct their eleventh school in the West African country of Mali. Ranked 175th of 188 countries on the United Nations' Human Development Index, Mali is one of the poorest countries in the world with roughly half of the country's population living below the poverty line of $1.90 per day while 65% of people over the age of 15 are illiterate. If you'd like to contribute to this year's fundraising efforts benefitting a deserving community in Mali, click here.

To view a slideshow of pictures of Caserío Buena Vista's new school, click on the image below!