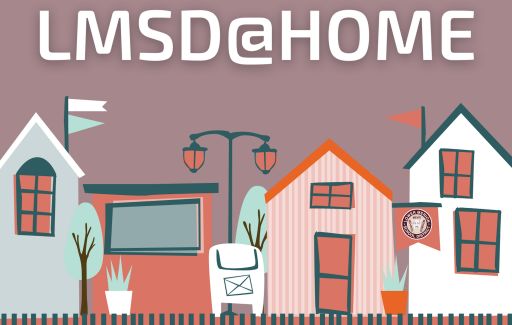 LMSD@Home may not be a traditional brick-and-mortar educational facility, but that does not mean the students and staff are any less proud of being part of Lower Merion School District's newest school-community. As the latest addition to the District, however, LMSD@Home - the fully remote K-12 educational option developed in response to the ongoing pandemic – was still missing one thing: a school song. Several weeks ago, longtime District music teacher Colleen Holmes and her talented ensemble of students decided they were going to do something about that.

In order to remedy the situation, Holmes asked each of her LMSD@Home students in grades 6-8 to submit five words they thought should be included in the lyrics to the new school song. After collecting all responses and tallying the results, the top-three words, among others, were safe, fun and Zoom, respectively. With all of the student-suggested verbiage gathered, the lyrics seemed to fall perfectly in to place.

Next, Holmes and her students discussed how to set their lyrics to music and what style of music it should be. The students decided that because LMSD@Home was virtual and different from most schools, they wanted their song to have a distinctive vibe relative to traditional-sounding school songs.

With these notes in mind, Holmes worked with fifth grade student Levi Craig as they meticulously produced the final track. The brand-new song was later shared with the entire school-community on their morning announcements and received rave reviews.

Feeling inspired, a second group of talented LMSD@Home music students has also been working on a more traditional-style anthem because – in the spirit of being different and celebrating their uniqueness – who says a school can't have two school songs?

To hear a recording of the audio track of LMSD@Home's school song, click play below!

Safe and determined, no matter where we are,

Unstoppable too, we keep raising the bar.

Separate but together in a school with no walls,

We're here for each other when tech trouble calls.

Families who want to sign their students up for the remote "Winter Flex" option for March have until Friday, Feb. 26, 2021, to do so. Register here.