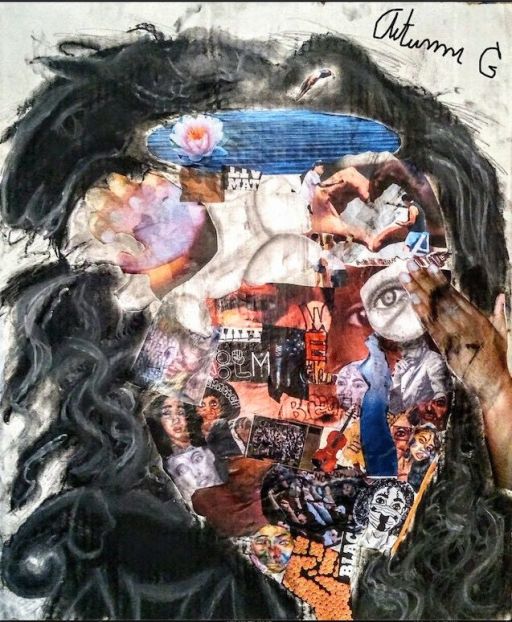 Welsh Valley Middle School/LMSD@Home eighth grade student Autumn Gordon has been selected as a finalist in the New York Times' Learning Network's "Coming of Age 2020" contest. The competition served as an invitation to students all across the country to demonstrate in words, images, video or audio how the extraordinary events of 2020 have affected them.

"This tumultuous year has changed us all, but perhaps no generation has been more affected than yours," explained the contest page on the New York Times website. "Teenagers are experiencing their formative years trapped inside and missing — or reinventing — milestones while a pandemic rages, an economic collapse threatens, the 2020 election looms, school as you once knew it has ceased to exist, and civics lessons in books have shifted to 'civics lessons in the streets' as young people participate in what may be the largest protest movement in U.S. history."

Gordon's piece was chosen as a finalist after many rounds of judges, both adults and young people, all recognized the exemplary nature of her work. The mixed multimedia collage takes viewers inside the mind of Gordon as she internalizes and processes the complex issues surrounding the Black Lives Matter movement and the fight for social justice. Below is the copy from Gordon's Artist Statement, which provides an in-depth summary of her creative process.

"Creating artwork is like a blooming lotus: You start off as a bud, and there's nothing there appealing to see as you're hiding your beauty on the inside. Then, at your own pace, you slowly progress. At the right moment, you publicly, visually express what no one anticipated and allure your audience. People may perceive me as a shy individual, but not when it comes to art, especially this piece in particular.

I mainly made and drafted ideas for my artwork for three weeks. Then, I sketched a face, and included elements using text to depict each element. Once I was satisfied, I sketched my face onto my final canvas, and I printed out images that were associated with the ideas I've drafted. I also captured pictures of myself to incorporate, as well. Each idea symbolized something. I wanted to make it mixed-media too, so I used paper, pencil, and soft pastel in my work. Once my artwork was complete, I used Mod-Podge to seal and smoothen it. My mother sprayed fixative to seal the soft pastel.

The intention was to have all photographs and scraps of the collage be central and not have irrelevant aspects. The collage makes up my face, a teen during BLM. I incorporated numerous symbolic elements in the collage, but I intended for the audience to initially observe, acknowledge, and convey the ocean with a person diving into it. It symbolizes how the audience is diving into my mind, the mind of a teen during the Black Lives Matter movement. They are taking a dive into my waters, finding out what it feels like to be in my shoes. It's okay to scrutinize and ponder in order to take in the central aspects of a piece of artwork, and those were one of my intentions when creating my piece. I want the audience to look closely to reflect or critically think about it.

What inspired me to create this piece was actually in my mind all along. I pulled out existing ideas from my mind and splattered it onto my canvas in front of me. The idea first came to me that I wanted to do a collage when I first heard the prompt was Coming of Age. Any aspect of the Coming of Age that was linked to the Black Lives Matter protest, I'd glue it to the canvas."

Families who want to sign their students up for the remote "Winter Flex" option for March have until Friday, Feb. 26, 2021, to do so. Register here.