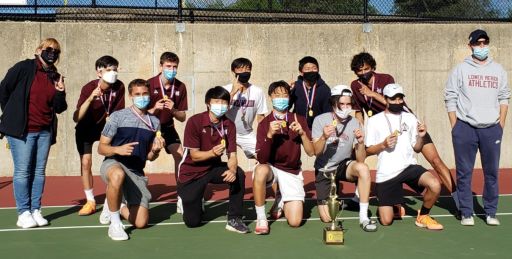 The Lower Merion High School boys tennis team recently captured the District I Championship as they topped familiar Central Athletic League foe Conestoga by a 5-0 tally, winning all five matches in straight sets. With the win, the Aces improved their unblemished record to an impressive 20-0 as they now set their sights on the state tournament where they will enter as the top-seeded team in the AAA bracket.

This is Lower Merion's first District title since 2017, which also happens to be the same year the Aces won their last state championship. Here's hoping history repeats itself.

Congratulations and best of luck at states!