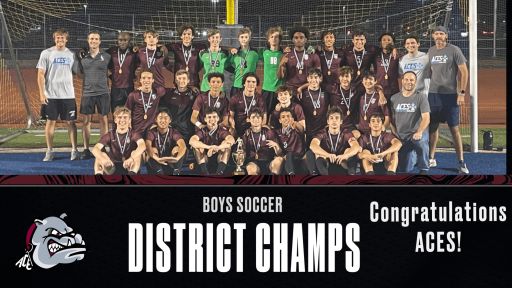 With a nearly-spotless record of 20-1, the Aces entered the playoffs as the top-seed in District One and justified their ranking putting together a series of strong performances culminating in their win against the Pioneers. The triumph was made sweeter by the fact that the Aces were able to flip the script from last year's District One title game that saw the Pioneers on the favorable side of the outcome. Fortunately for LM, senior Sam Nyenka netted the game's lone goal, which was assisted by classmate Drew Davis, and a stingy defense, buttressed by stellar play from goalie Crosby Johnson, was able shutout Conestoga for the remainder of the game.

The Aces will now take on Chambersburg in round one of the PIAA Quad-A State Playoffs on Tuesday, November 8 at Harriton High School. The ball drops at 5:00 p.m. Best of luck, Aces!

Gladwyne kindergarteners recently completed a project-based learning unit on the majestic monarch butterflies and now they are asking for the community's help in saving this endangered species!