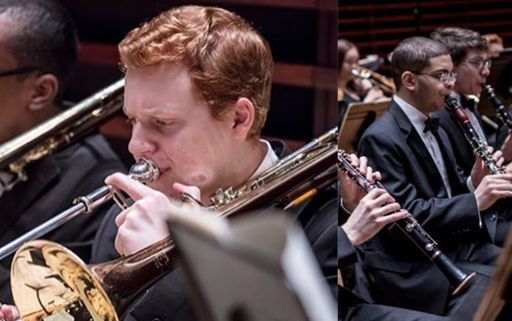 Throughout their time in Lower Merion School District's music programs, Nichilo and Phipps have worked diligently and dedicatedly at their craft earning membership on local, district and state-level music honor ensembles. As a result of their hard work and musical acumen, the LMSD seniors have now reached the pinnacle of their specialties at the secondary level as they each earned a seat to perform with the All-National Honor Orchestra from November 7-10 at the Gaylord Palms Resort and Convention Center in Orlando, Florida. The concerts are open to the public. Tickets can be purchased here.

The All-National Honor Ensembles performers, which were chosen through a rigorous and highly-competitive audition process, represent collaboration and creativity in its highest musical form. The ensembles consist of a concert band, symphony orchestra, mixed choir, jazz ensemble, guitar ensemble and modern band.

Selected students will be rehearsing a challenging repertoire in preparation for performing under the direction of six of the most prominent conductors in the United States: Tesfa Wondemagegnehu (Mixed Choir); Soo Han (Symphony Orchestra); Emily Threinen (Concert Band); Todd Stoll with Camille Thurman (Jazz Ensemble); Bill Swick (Guitar Ensemble); and Scott Burstein (Modern Band). All conductors have received top honors in their field and will spend several days rehearsing with students before the concert.

The National Association for Music Education, among the world's largest arts education organizations, advocates at the local, state and national levels; provides resources for teachers, parents and administrators; hosts professional development events; and offers a variety of opportunities for students and teachers.