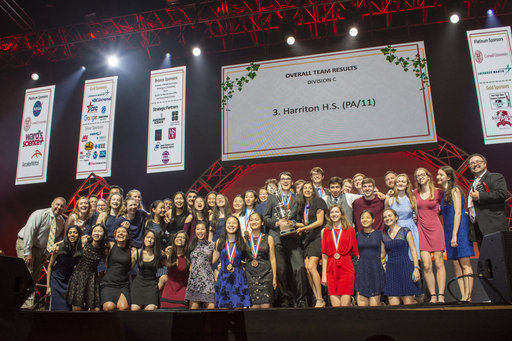 This marks Harriton's 26th consecutive top-ten finish and fourth top-three finish at Nationals in as many years – the latter being a feat unmatched by any other team in the country. Harriton also claimed a fifth consecutive state championship just a few weeks ago – their 21st in the last 22 years – qualifying them to compete at the National competition.

"The consistent excellence that our students demonstrate at the highest level is awesome in the truest sense of the word," said Science Olympiad co-sponsor and chemistry teacher Brian Gauvin. "I am incredibly proud of the team and especially our seniors, many of whom have been on the team for four years. They will be sorely missed but they have worked hard to leave behind an incredible legacy for the students moving up to their positions next year."