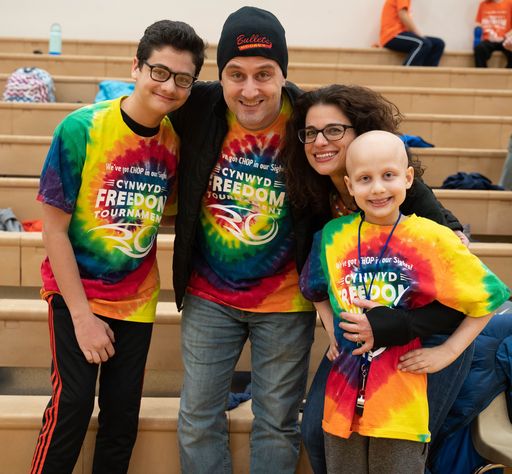 Bala Cynwyd Middle School's gymnasium played host for the evening as the bleachers were packed with members of the Cynwyd community who came out to support the event. Fourth and fifth grade students were divided into different color teams as they took the floor in an initial series of round robin-style matches before the top teams earned seeds to participate in the single-elimination tournament rounds. In the end, it was the blue and orange squads that outlasted their opponents and claimed victory. The students were not the only ones who had fun at this event, however, as the Cynwyd staff, decked out in tie dye décor, also took the court for some dodgeball action.

The Freedom Tournament was ultimately a huge success and would not have been possible without the support of Dr. Martino, Mr. Yocum, Mr. Bray, Bryan Johnson, Jennifer Hoffman, Lauren Fulmer, Corey Pontz, Jill Brandolph Shapiro, Sheena Shukla Hauser, Zara David, Shapley Gregg, the HSA and all of the Cynwyd staff, parents and students that helped support the event.

LMSD's Strategic Plan, "All Forward," provides a framework for a collective, intentional and positive approach to change. Its five aspirational pathways guide us toward continual innovation and transformation to further educational excellence for every student. The food drive and fundraising for Lower Merion High School's Winterfest are student-driven examples of Strategic Pathway #5: A Spirit of Community. To learn more about #LMSDAllForward and the Strategic Pathways, click here.