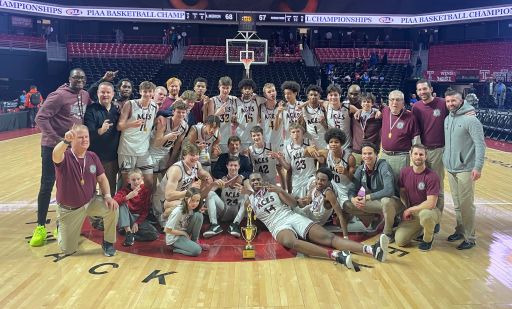 For the first time since 1944, the Lower Merion Aces are back-to-back District 1 champions! The Aces took down Norristown 68-57 on Saturday night to claim the title -- the program's 17th and the third under Coach Gregg Downer -- in front of a raucous crowd at Temple University's Liacouras Center.

The Aces opened the game on a 17-2 run before the Eagles soared back to tie it at 39-39 late in the third quarter. But LM would never trail, answering Norristown's run with clutch baskets and tough defense and eventually pulling away in the final frame. Two thunderous dunks by Demetrius Lilley '22 in the final minute of the game sent the Aces faithful (including a Dawg Pound of more than 500 LM students) into a frenzy and provided the exclamation mark on a magnificent, historic District run.